Working in the public sphere, the Vanderburgh County Clerk’s office deals with a constant inflow of new people and information. 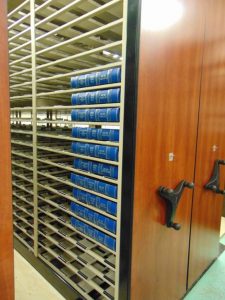 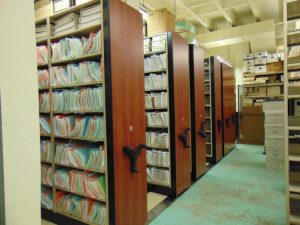 Working in the public sphere, the Vanderburgh County Clerk’s office deals with a constant inflow of new people and information. That entails loads of paperwork continually arriving and needing somewhere to land. The County Clerk, Carla Hayden, was confronted with a serious structural issue. Hayden described the old system as “inefficient, hazardous, and outdated”. The space to store everything properly was there, however the old method of storage was not best suited for it. Some short term files had to be saved offsite, another huge inconvenience for her employees, as well as being expensive. The county needed something onsite, well sorted, and safer to relieve the trouble of looking for files.

The search for a company that could deliver a proper file management system began, and Tri-State Systems was one of the first to show promise. One factor that Hayden was most pleased with was that Tri-State Systems could offer a quick purchase agreement. Jason Elikofer, the president of Tri-State Systems, also proved that he had the connections and flexibility to deliver exactly what the county would need. After starting out with no idea where to begin, Tri-State Systems was able to make a seemingly difficult decision a flawless transition.

Hayden commissioned high-density mobile shelving as well as file and book storage. The book storage included easy roller shelving, economical and specifically designed for preserving the binding of heavy books. The first phase of the project was the installation of four shelving units, and it more than tripled the space they had before. On top of that, once all of the files were reorganized, labeled, and shelved, they didn’t even take up two whole shelving units. Hayden says they were thrilled with the results, and later added two more shelving units to the system. Because of all of the extra space, Hayden was able to move a majority of the offsite files back into the building. She says that this move saves the county about $10,000 dollars a month. Her employees are now safer, and much more pleased with the ease that they can now locate the files they need.